This post is both later and longer than I expected. My expectations for February were that there would just be two books in this post. However my plans to spend time with family and to get out and about were disrupted by a winter bug. Reading was one of the few things I was capable of for a couple of weeks. Fortunately I had a supply of books, which I wanted to read or reread. 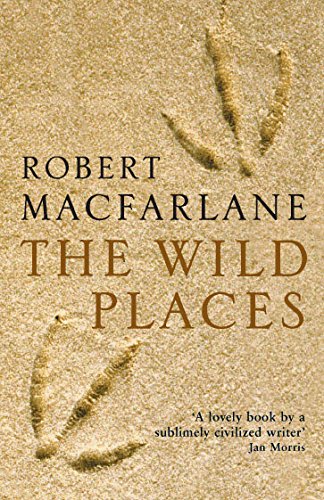 The Wild Places  was written before the other books by Robert Macfarlane, which I have read. I began reading it in January. It took me a little while to work out what the map at the beginning was about. At the end I also appreciated the inspiration for the illustrations around the map. The style of writing is superb. Although I have travelled extensively around Great Britain, the only place in the book, which I have travelled across is Rannoch Moor. To me as a passenger in a car this large open space seemed vast, but Robert Macfarlane puts its full extent in context as he describes walking in this wild place.

There was some synchronicity around my reading mainly in connection with The Wild Places. I travelled on a train with the engine John (Longitude) Harrison on the day I read in The Wild Places about his invention. The Highland Clearances were also mentioned and the Irish Potato famine. It is not long since I read a book about the Highland Clearances. It is important that the injustices of local history are not forgotten. The Lake District in 1802 was mentioned in connection with Samuel Coleridge Taylor’s night walks. Dove Cottage tweeted on 6th February 2018 about Dorothy Wordsworth and snow in 1802. (Samuel Coleridge Taylor and the Wordsworths were some of the Lakes poets and I have another related book on my “to read” pile.)

Coleridge was described sitting in Greta Hall in Keswick – a place I visited when it played host to part of the C-Art exhibition a few years ago.

In the chapter entitled Storm Beach there was the description of a hawk’s silhouette and warplanes. As if to order on Twitter a peregrine falcon was compared with a bomber in flight. Unusually I found a word, which I had to look up – sigil (a seal or signet).

Mystical Circles by SC Skillman could hardly be more different. This is a novel about a community led by a very self-confident individual. Personally I like to read novels without having learned much about the story beforehand. This is a well-written, well-plotted tale. There is plenty to think about including ideas about synchronicity. It would make a good book for a reading group to discuss. I shall add A Passionate Spirit to my “books to look out for” list.

Beauty for Ashes is a booklet of poems mainly written by people from the Cockermouth area in support of Poverty Swap. One contributor is Martin Halsall, who was poet in residence at Carlisle Cathedral and wrote Sanctuary. The booklet includes children’s poetry about hoping and helping. It is illustrated and makes a useful addition to my poetry shelf. 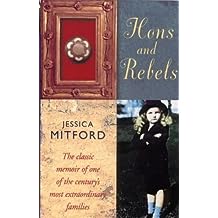 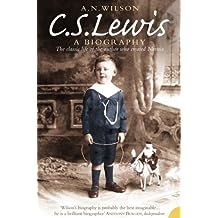 Hons and Rebels by Jessica Mitford is an autobiographical work, which I bought second-hand. The Mitford family was one I was aware of from childhood due to the literary endeavours of (in particular) Nancy. Hons and Rebels is a good read. Some of the events in it are real eye-openers. I suspect there is an element of exaggeration to make a good story even better. There is also tragedy, which is not dwelt upon unduly. It is a window to a different world in the years before WWII. It was published with the title Daughters and Rebels in the USA.

C.S. Lewis A Biography The classic life of the author who created Narnia by A.N. Wilson was a book I received for Christmas along with the first book in this post. Hubby and I had watched the film Shadowlands in the autumn. This book provides a dispassionate account of the real-life events surrounding the film. There is much about the life of academics between the two World Wars and afterwards. C.S. Lewis died on the same day as Aldous Huxley and President John F. Kennedy. His life was not typical of his contemporaries. It was interesting to learn more about his associates.

Destiny’s Rebel by Philip S. Davies is a book I have already read and reviewed. Davies has attempted to create a series about another universe similar to the Narnia books. I enjoyed reading this book more the second time than the first. I think I suspended my critical faculties and enjoyed the exciting story. Although I am not good at remembering details of plots, I came to it without the desire to get to the end and know the whole story, but just to enjoy it.

Destiny’s Revenge by Philip S. Davies is the second in the series. It is set six months after the first, but much has changed and the characters have learned from their earlier experiences. I enjoyed it more on a second reading. The third book, Destiny’s Ruin is due out in September. I hope I shall remember what has already happened, when I read that. The genre is YA (Young adult).

More synchronicity is that for the writing group I attend our books to discuss at the March meeting are to be written by authors whose first or last name begins with D. I had been intending to reread Philip S Davies’ books, but had not deliberately looked for an author beginning with D.

There is also some synchronicity around a book, which I bought in February and have only just begun. I failed to win it in a Twitter giveaway, but bought it from a bookshop, because it was such an attractive volume. It transpired that the original author, Evelyn Underhill, influenced C.S. Lewis. I had not heard of her until this year. The book is Evelyn Underhill’s Prayer Book.