Word seems an appropriate choice for W in this series about words from the Bible. Wisdom was an alternative, but Understanding perhaps leads to wisdom.

Words may be written or spoken. Did you know that Jesus Christ is known as The Word (or The Word of God)? At the beginning of the Old Testament we read that God (the Trinity of Father, Son and Holy Spirit) spoke everything into existence. Genesis 1-2:3

At the beginning of the Gospel of John in the New Testament we read that The Word was there in the beginning. John 1:1-18 Jesus was and is and evermore will be! The Holy Spirit is sometimes referred to as Wisdom.

Word appears over 950 times in the NIV translation. Sometimes it is used about ordinary words. Often it is ‘the word of the Lord’ – a prophetic word from the God, who speaks.

‘Sending word’ is used for sending a message. Word can also mean promise, or authority as in Then Pharaoh said to Joseph, ‘I am Pharaoh, but without your word no one will lift hand or foot in all Egypt.’ Genesis 41:44 .

‘The word’ is also used in the New Testament as a shorter way of expressing ‘the Good News about Jesus Christ and the kingdom of God’.

Psalm 119 stands out among the Psalms as being about words. Psalm 119 has a section for each letter of the Hebrew alphabetic rather like an A to Z Challenge! Word (or words) appears about 30 times in this psalm, usually in praise of God’s word.

Moses receives and renews the covenant

The story about Moses in my post for the Letter B mentioned that Moses received the Ten Commandments from God. This happened on the Holy Mountain.

The Ten Commandments were written by the Lord on tablets of stone. Moses was very angry when he came down the mountain and found that the people had turned away from God to worship a golden calf, which they had made. He threw down the tablets and they smashed. Exodus 32:19 The story of how the replacement set of stone tablets came into being is told in Exodus 34: 1-28.

Towards the end of Moses’ life he began to prepare the people and Joshua for a handover of leadership to Joshua. Moses gathered all the people together and read them the whole of the law, which he had received from God. It was very long. Moses had stayed so long on the mountain when he first received it that the people had given up hope of him and of God.

The people responded to sections of the law, replying, ‘Amen’. Let it be so.

There were warnings about the result of breaking the Law and promises about obeying it.
Moses asked the people to ‘choose life’ by obeying the Law. Deuteronomy 30:19

The renewal of the covenant is described in Deuteronomy 29-34

Jesus claimed not to have come to abolish the Law or the Prophets, but to fulfil them. Matthew 5:17

In John’s gospel Jesus Christ (the Word) is quoted: I have come that they may have life, and have it to the full. John 10:10

Jesus answered, ‘It is written: “Man shall not live on bread alone, but on every word that comes from the mouth of God.” ‘ Matthew 4:4

He replied, ‘Blessed rather are those who hear the word of God and obey it.’
Luke 11:28

Romans 8:26 The Holy Spirit helps us pray with ‘wordless groans’. 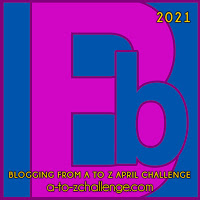 Bless is a word often heard in conversation. Blessed is sometimes used as an alternative to a swear word. In modern translations of the Bible it is sometimes replaced by ‘happy’. Church services frequently end with a blessing. We are taught to count our blessings rather than grumble about minor troubles.

The words Bless, blessed and blessing are found many times in the Bible. Many important characters in the Bible give or receive a blessing.

The story of Noah is well known, because he built an ark to save his family and the animals from a great flood. Abraham became the father of many nations.

Jesus Christ is recorded as having included a list of things, which make people blessed in his sermon on the mount. These are known as the Beatitudes and are frequently read in church services. Matthew 5:1-12

Can you imagine being told by the king that if your baby was a boy it must be drowned in the river?
That is what happened to Moses’ mother.

Moses was born at a time when the Israelites were living in Egypt. The Egyptian ruler, Pharaoh, was oppressing them. He was worried that they were becoming too numerous, so he ordered that all male Israelite babies should be drowned in the river Nile. Moses mother hid him for three months. Then she waterproofed a basket and placed him in it. She placed it in reeds at the edge of the river, leaving her daughter to watch from a distance. Pharaoh’s daughter found the baby and took pity on him. Moses’ sister asked her if she would like a wet-nurse for him. Moses’ own mother was paid to look after him! Later he went to live in the court as the son of Pharaoh’s daughter.

Moses was aware that he was a Hebrew. He intervened between an Egyptian and a Hebrew, killing the Egyptian and hiding the body in the sand. Later he tried to intervene between two Hebrews and learned that the killing was known. He ran away, because Pharaoh wanted to kill him.

For a long time he lived in Midian, where he married and became a father. Then, after he had heard God speaking to him from a bush that seemed to be on fire, he returned to Egypt to help the Israelites. Throughout his life he spoke to God and God spoke to him, guiding him and through him the people of Israel from Egypt to the Promised Land.

Moses received the Ten Commandments (Exodus 20). He also learned how the priest should bless the people with the words of a blessing, which is still used today. Numbers 6:22-27

Further reading: Exodus (My story is a shortened version of the book of Exodus.)

F is for front and face.
Although top, bottom and side
Aren’t the front, each has its place
As a face, however tall and wide.

A cuboid has six faces, front, back, two sides, top and base (or bottom). Front and face are both used as nouns and verbs. In fact a dictionary definition of the verb front is face (onto). Of course the two words are not always interchangeable. The front of a person is what you see when they are facing you. The face is the front of their head. The opposite of front is back. Does face have an opposite?

If reverse is the opposite of face, it sometimes means the same as back.

My post for B was about cuboids or boxes among other things.

Face of an angel

The Face of God is mentioned several times in the Bible. Moses met with God more than once on Mount Sinai and also in the Tent of Meeting. God spoke to Moses ‘face to face’.  Exodus 33:11 However when Moses asked to see God’s glory, God only allowed Moses to see his back. Exodus 33:18-23 I suspect that ‘face to face’ is not meant literally here, although I know some people might argue with me. God gave Moses a beautiful blessing to hand down through Aaron and his sons: Numbers 6: 24-26. It is also used by Christians. It mentions God’s face twice.

We may not be able to see the face of God, but an angel ornament given to me by a friend has a lovely face!