Discipline nowadays is a word mostly associated with punishment of children. It certainly has that meaning, but it also means learning. For example, subjects studied to an advanced level are referred to as academic disciplines.

The word discipline appears many times in the Bible. I have picked out three verses to illustrate its use. I may return to the third example in a future post. A person learning about spiritual matters is a disciple – a word closely related to discipline.

2 Timothy 1:7 is a verse about self-discipline.

Deuteronomy 21:18-21 A rebellious son, who will not obey his parents and be subject to their discipline would be stoned to death by the men. (This was an Old Testament rule to preserve the holiness of the nation. The New Testament is far more compassionate.)

The boy Jesus becomes a disciple and is disciplined for it

Jesus’ mother, Mary and his earthly father, Joseph were devout Jews. Every year they went to Jerusalem for the Feast of the Passover. They travelled with other members of their family and their neighbours in a large group. There was nothing unusual about any of their annual pilgrimages until the year Jesus was 12 years old.

That was when Jesus became a missing person. Can you imagine the fuss when his parents realised he was missing? They were already a day’s journey from Jerusalem. In such a large group of people travelling together it was easy to assume that a child was with his friends or other relatives.

Night-time came and the families all separated out to camp for the night. But where was Jesus?

No-one had seen him.

Mary and Joseph went back to Jerusalem to look for him. That took another day. He had been missing for three days when they found him in the temple courts. He was learning from the teachers there, both by listening and by asking questions. Other people had also gathered around the teachers. They were all amazed by the young person’s understanding and what he was saying.

His mother must have been relieved to see him, but she was also worn out both with worry and physical tiredness. ‘Son, why have you treated us like this? Your father and I have been anxiously searching for you.’

Jesus’ reply went over their heads. ‘Didn’t you know I had to be in my Father’s house?’

He was referring to the temple being the house of God his Father.

His parents’ discipline of him seemed to be verbal rather than corporal. He returned home with them and was obedient to them, continuing to grow both physically and in wisdom.

In the temple he may well have learned much from the book of Deuteronomy. He certainly quoted from it later.

The original story of this episode in Jesus’ life may be found in Luke 2:41-52

Further reading: Try searching for discipline on Bible Gateway. In an earlier A to Z challenge I wrote about Jesus as the Question-setter.

For this year’s A to Z challenge I am highlighting some important words from the Easter story. Jesus’ death on the cross (Letter C) occurred on a Friday during the festival of Passover. The account of his death is given in all four gospels. Matthew 27 :45-50 , Mark 15:25-37 , Luke 23:44-46 and John 19:28-30
Passover was a time associated with the death of sacrificial lambs. The Jewish festival remembers the exodus, the time that the people of Israel escaped from slavery in Egypt. I mentioned it in my post for the Letter B. 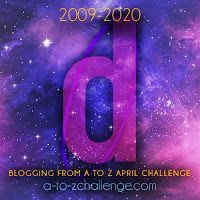 Jesus Christ is known as the Lamb of God. He gave his life as a sacrifice for the sin of the world. The writer to the Hebrews explains the difference between Christ’s sacrifice of himself and the sacrifice of lambs for atonement. Hebrews 7
1 John 4:10 speaks of Jesus’ sacrifice.

Jesus was known as a teacher. The people, who listened to him, were his disciples. His closest followers are sometimes referred to as the twelve disciples. Other followers were also disciples. The word comes from the same route as discipline. It is about instruction and learning. Today Christians are Jesus’ disciples.

My Theme Reveal contains links to the Easter story in the New Testament. 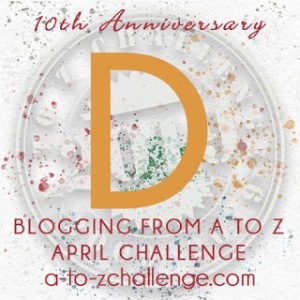 D is for dodecagon –
The shape of a UK pound;
In times not long gone
Pound coins were round.

My first thought for a D-word was dodecahedron, which is a solid figure with twelve faces. The thought of describing all the faces and edges of one of those caused me to settle for the two-dimensional version! (But isn’t dodecahedron a lovely word?)

In case you aren’t aware polygons with five or more sides are named using prefixes from the names of numbers in Greek or Latin. (Some of the Latin names are derived from Greek.)

There are UK coins with other numbers of sides. Some are circular, but twenty pence and fifty pence coins have seven sides.

There is a story in the Bible about Jesus and a coin, which happens to begin with D!