This post includes just one book review. December is always a busy month. 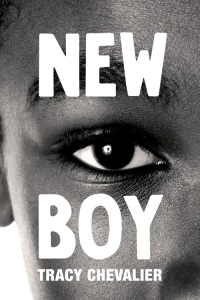 I have read and enjoyed a number of Tracy Chevalier’s books. They are all very well-written. One I wished I hadn’t read was Virgin Blue, because of the unpleasant subject matter. Had I turned to the back cover of New Boy before I began reading this library book I might have been put off. However I noticed after I had begun it that it said on the back that it was a retelling of Shakespeare’s Othello. If you like a happy ending…

…I was reminded of The Lord of the Flies by William Golding, which (unfortunately) I had to study for a school exam and When he fell by Kate Hewitt, which has a similar setting and some other similarities.

The story is very well told with clues to the characters in Othello in the choice of names. It is a fascinating book. There are resources for book clubs on Tracy Chevalier’s website.

I have read four books this month.  Three of them were on sale at a writers’ retreat. The fourth was a gift from a friend. I wonder whether you can work out which one that was!

Destiny’s Revenge is the second in a new series for young adults by Philip S. Davies. I have already posted a review on Sue’s considered trifles. I am looking forward to reading the third book, when it is published.

A Scargill Poetry Anthology by Helen Brocklehurst is only available from Scargill Movement as far as I know. It is a delightful booklet of poems mostly inspired by community life. I was fortunate to hear Helen read one of them.

The Gift of Peace by Anne Rogers is an inspirational book published by The Leprosy Mission. It is a book of beautiful photos overprinted with quotations and inspirational messages. A book to dip into from a charity worth supporting. (This book no longer seems to be available in May 2022)

A Shed in a Cucumber Field by S. L. Russell is a novel about two sisters, who have not seen each other for twenty eight years. I wondered how similar it would be to Rainy Day Sisters by Kate Hewitt. This book is a more serious read. The back story is revealed a bit at a time in dated chunks about the sisters and a third character. Strangely there is also a similar incident in it to one in the back story of the fiddler in The Fiddler’s Leg by Ann Lingard. The title is a phrase from the Bible (Isaiah 1:8). I found it difficult to put this book down.

I finished reading Rainy Day Sisters by Kate Hewitt.  This was a very readable book probably intended for the US market.  It is published by Penguin.  The setting of the story in an English village was interesting.  The author is very observant of people and places. 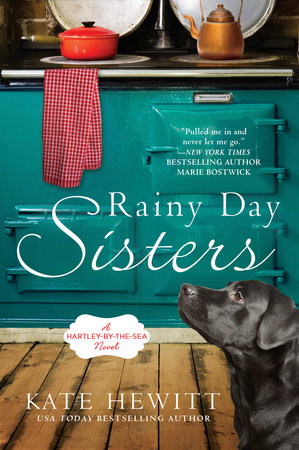 The Abbess of Whitby: A novel of Hild of Northumbria by Jill Dalladay was a book I found locally.  I decided to read it because I have been to Whitby and as a student I sometimes attended a church dedicated to St Hilda.  Is she the same person?  Yes.

This is historical fiction with some bloodthirsty scenes and the ideas of the time.  Although it is set in a much earlier (although equally turbulent) time than The Heretic, which I reviewed last year, there is a similar thread of one set of beliefs being replaced by a better one.  I enjoyed this book, which I finished reading on a train journey.

The Labyrinth Year by Mari Howard is the second book about the same characters.  My review of Baby, Baby was far from being a spoiler.  This second book is set almost two decades after the first.  (Baby, Baby begins in 1988 and The Labyrinth Year in 1996.)  The story unfolds from the viewpoint of the main characters as before.  The characters and the situations seemed credible.  I hope we won’t have to wait too long for the third book in the series.  They are published by Hodge Publishing.

This post will be linking with emily p. freeman’s What I learned in March.

My posts for the Blogging from A to Z in April will (hopefully) be appearing daily apart from Sundays.  Anyone else doing this?