On a quick visit to the library I found another book by John Lewis-Stempel, The Wood: The Life and Times of Cockshutt Wood. Once again he has observed an area, where he was working, over about a year. As well as his observations, history, science, folklore, recipes and poetry are included. I tend to read too quickly, but this is a book worth reading slowly and really picturing the beech mast, the hazel nuts and all the other naturally occurring objects and creatures described. The industrial-sized pond’s acreage was twice that of the plot my childhood home occupies.

I particularly enjoyed the chapters about May and June, perhaps because these were the months of my recent experience. I could compare notes about the flowers and birds I had observed, although I had only made one visit to a small wood. Each chapter is introduced by a charming picture.

The other books I have read by John Lewis-Stempel (Meadowland and The Running Hare) are mentioned in two earlier posts.

I have read three books between late January and the end of the first week of February. They were very different books, but had one thing in common: they were all about changing the world in some way. Two were non-fiction and the third was a historical novel – three more highly recommended books.

This book is the story of the author’s year-long experiment to use wildflower- and wildlife-friendly farming in a field, which had lost many species due to modern agricultural methods. Apart from his own superb writing, he quotes many other writers from earlier times. He also tells a few amusing stories about things which went wrong for him.

I have already reviewed Meadowland, which he wrote before this book. I found The Running Hare easier to read. It has much useful information about endangered plant species and how different parts of the animal kingdom interact. I returned it to the library before writing this review, but I remember there was also a bibliography.

It was short-listed for the Wainwright prize 2017.

God’s Smuggler One man’s mission: to change the world by Brother Andrew with John and Elizabeth Sherrill 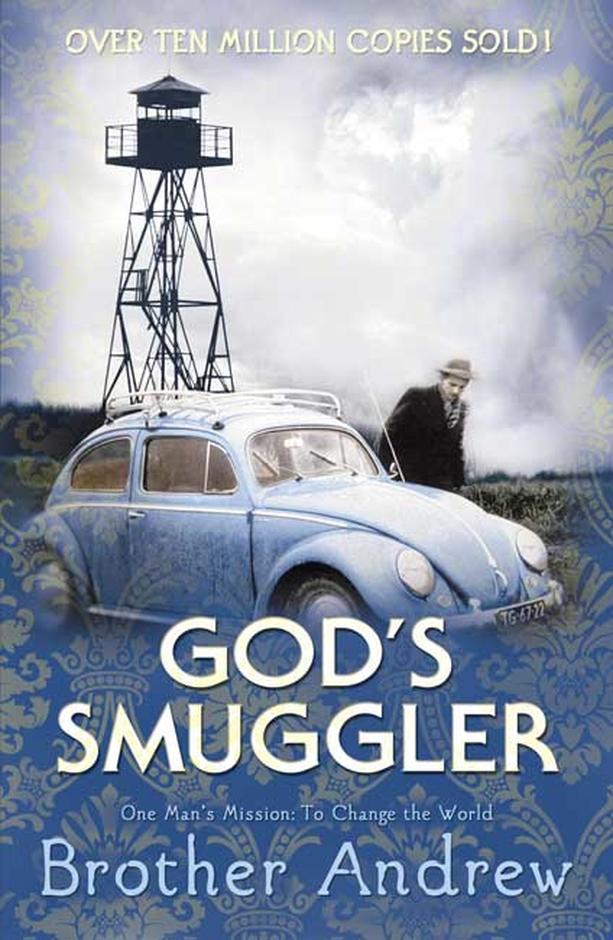 I first heard of this book when I was a student, but I have only just got round to reading it! It is a fast-paced story. Brother Andrew as a young man reminds me very much of the author of From Prison to Praise, which I mentioned here. Like that book, it is a page-turner. I acquired my copy in exchange for a voluntary donation to CAPuk.

The Invention of Wings by Sue Monk Kidd

I chose this book from the library, having read and enjoyed another book by the same author a long time ago – The Secret Life of Bees. I had completely forgotten what the story of that was, until I read a synopsis at the back of The Invention of Wings. This is set in the 19th century mainly in Charleston, South Carolina. It does not pull any punches about the cruelty of the time, but is well worth reading. There is a bibliography at the end of further reading about the protagonists, Sarah and Angelina Grimké and African culture.

The Boy Who Could See Death by Salley Vickers

When I borrowed this book from the library I hadn’t realised it is a book of short stories, which takes its name from perhaps the most haunting one. I may have mentioned previously that I prefer novels to short stories. Starting to read a short story is as much work as starting to read a novel. Then a few pages later it comes to an end. I don’t always manage to work out what the whole story has been about! There was at least one story in this collection, which left me guessing. (I like all the ends tied in and no room for doubt in a story!)

However, Salley Vickers writes extremely well and remains on my list of authors to look out for in the library. A review of another of her books appears in a previous post.

Meadowland: the private life of an English field by John Lewis-Stempel

I am cheating by including this library book

here as I had not finished it by the end of November. It is a book I have been savouring. Each month of a particular year has a chapter to itself. The author describes life on his farm in Herefordshire near to the Welsh border. The history of the area, traditions, literature and patient observation of creatures and plants go to make this book rather special. While the author is very knowledgeable, he manages to communicate his knowledge in a way that is interesting to those with different levels of knowledge of the natural world.

It is the kind of subject, where the more you know, the more you learn. I found the prose particularly enjoyable, with a very gentle sense of humour being apparent. As in many of my favourite books, a map is included at the beginning. This one is of the farm. There are also lists of species observed, a list of nature books in the author’s possession and a list of music.