I found these two books on Borrowbox. They are both fiction intended to be read by adults. 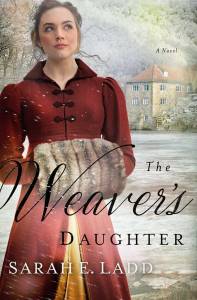 The Weaver’s Daughter by Sarah E. Ladd is a historical novel. It is described as a Regency romance novel. The genres it falls into include Christian Fiction although the Christian element is only shown in a few church services and the character of the eponymous heroine. During the industrial revolution people employed in cottage industries connected to the textile trade were likely to be put out of work by increasing mechanisation in the large textile mills. This novel is set in a precise historical time with soldiers returning from the war in Spain. It is a good story with lots of excitement and a theme of reconciliation. It left me wanting to learn more about the Luddites and the history of Yorkshire.

The Last Family in England by Matt Haig is described as comedy. To me it was more like tragedy or irony. I enjoyed it less than other books I have read by Matt Haig. The pet Labrador narrates the story of the family he is pledged to protect at all costs. He learns the truth about all the events, which occur  – some of them surprising. His interventions do some good, but at what personal (or rather doggy) cost? Humour is not universal. What makes one person laugh does not necessarily amuse another. It was an interesting, haunting story.

The two novels I am reviewing here, Peter Abelard by Helen Waddell and the diary of Isabella M Smugge by Ruth Leigh, are opposites in many ways. Both are physical books. One is an old historical novel and the other a pre-publication copy of a contemporary novel. 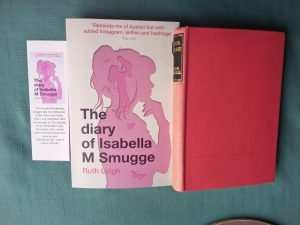 Peter Abelard was a book I inherited. I had not read it before. In fact, I vaguely remember choosing it off the shelf as a teenager and being told, ‘You don’t want to read that. Try this one instead.’ The replacement book may have been The Tiger in the Smoke reviewed here.

There is no character list for Peter Abelard, although I suspect that had it been published now rather than in 1933 (the edition I read was reprinted in 1950) such a list might well have been provided. The reader is rather thrown into the story at the deep end. It is set in France in the 12th century. There are some very vivid descriptions, while other things are only hinted at. The Christian beliefs of the time are very important in the story. There are quotations from earlier scholars including Augustine and Origen. The book is well-researched. There are phrases from familiar passages in the Bible, notably Psalm 139. Beliefs about morality at that time were very different from those of the present day. It is not a light read due to the language and the scholarly content, which includes quotes in old French and Latin. These are mostly translated afterwards, but the reader has to recognise or infer this. I found it very interesting.

I first met Isabella M Smugge (pronounced like Bruges) in a blog post in 2020. The novel in which she is the main character is being published by Instant Apostle later this month. (February 2021).

I received a copy through the post from the author, Ruth Leigh. I read it almost immediately, finishing it the day after I received it. It made me laugh, but there are serious issues addressed amidst the humour. The hashtags were fun, especially the oxymoron #planningforspontaneity. It ended with a lot of loose ends. I’ll have to be patient waiting for the sequel to this debut novel.

Readers, who enjoy books by Anna Bell, Sophie Kinsella and/or Stephanie Butland will probably like the diary of Isabella M Smugge.

Ruth Leigh has written a blog post about how she came to write a novel.

My other book reviews may be found here and here.

The Senator’s Darkest Days by Joan E Histon is a historical novel set in the first century CE, as we now are expected to call it. (I prefer AD.) It was published earlier this year by Top Hat Books and is available as a paperback or an e-book. 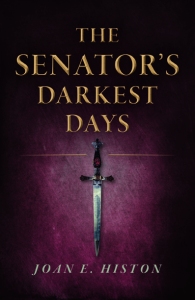 It is an exciting story with lots of action, travel, interesting characters, intrigue, fighting, romance, religion*, family life and a well-researched historical background. I read it from cover to cover the day I started reading it.

This book was sent to me by the author, who is a member of the writing group I attend. My only criticism is that the first few chapters have not been edited to the same high standard as the rest of the book. I am glad that I did not let that deter me from reading to the end.

Although this is the third book in a series, it is self-contained and does not require knowledge of the earlier books (which I have not read). Where incidents from the other books have a bearing on the story, this is explained unobtrusively.

* At the time there were various religions and faiths – many Roman gods, Judaism and Christianity form the background to the story.

May CMMC Pick a topic from my photo