I had hoped to acquire a copy of Annie Try’s new novel, Red Cabbage Blue: Some colours are never forgotten, soon after it was published in September. Due to the forgetfulness of a third party I received it just under a week before I was booked to travel to (among other things) a meeting chaired by the author. Thinking that I had more to do than start a book with about 380 pages, I read the second book in my previous post first. Then I couldn’t resist reading my new book any longer. I found that the good-sized print and the readable style allowed me to read it from cover to cover the same day. It came up to my expectations having read the two earlier books in the Dr Mike Lewis series, Trying to fly and Out of Silence.

The female protagonist had a very unusual problem with its roots in a mysterious past event of which she was initially unaware. Without giving too much away, there are many elements to this book – mystery, romance, hope and realism. Although I like books with all the loose ends neatly and happily tied up, the twist at the end of this book is satisfying in its own way. I wondered whether the choice of one character’s name was an oblique reference to one of my favourite children’s books, which I may reread soon.

Books I finished reading in October

Seaside Pleasures by Ann Lingard was recommended to me on Twitter by the author after I reviewed her earlier novel The Fiddler’s Leg. The reason she gave was that it included a scene from Allonby beach, where hubby and I had joined one of her walks at low tide. It happened that I found the book in a small collection of second-hand books for sale.

It is written from the points of view of four very different characters – one from an earlier time. The author’s note explains where the story deviates from historical facts.

All the characters are changed in some way through their experiences as told in the story. There is much background information about scientific research into parasites of molluscs. The beliefs of some of the characters were important to the plot. Art and music also featured. I was pleased to recognise most of the music, which was mentioned by name. (This would not be the case with modern pop music!)

There is much to think about in this book. I could only read a few chapters at a time before I needed a break. (I started reading it in September.)

It is a well-researched, well-planned and well-written novel.

Surfacing by Margaret Atwood was another book I found second-hand. I picked it because I had not read anything by this well-known author. It is a book about going back to a childhood home as an adult. This particular home was in a wild area of Canada. At one point I wondered whether the story was going to become as uncivilised as The Lord of the Flies by William Golding, which I had to study at school. One recurrent theme was birth control, which was uppermost in many people’s minds in the early 1970s, when this book was first published. At times I found it difficult to distinguish between what was going on in the protagonist’s mind and what was actually happening in her life. A good book.

A Brief History of Time by Stephen Hawking was one of the non-fiction books I began reading earlier and finished reading in October. The background to why I read this and the review perhaps require a post to themselves. Watch this space!

The Choir by Joanna Trollope was a second-hand book from a different source. I have read some of Joanna Trollope’s books in the past. I am unsure whether this was one I had read or not. It is about politics and family life around a cathedral choir. The story is good with all the characters developing through the circumstances of their lives. It was an appropriate book for me to read this month as I had been to sing in a Royal School of Church Music (RSCM) choral event at a cathedral one Saturday. That helped set the scene.

The Illustrated Herdwick Shepherd by James Rebanks was on display in the public library. I have followed the author on Twitter from the time before he revealed his name (on the publication of The Shepherd’s Life). The book I borrowed uses his photos and a sparse amount of text. I read more than half of it, while I waited for an appointment. Later I reread most of it to study the photos and avoid skimming through the text. It is a beautiful book, which describes a way of life unknown to many people in cities. I live within sight of fields of sheep (including herdwicks), although I have no experience of farming.

Go set a watchman by Harper Lee is another book I found at the library. I did not read it immediately after publication, when there was a lot of discussion about its merits and demerits. I have read the other novel by Harper Lee, To kill a mockingbird, twice. I read it in my youth and reread it more recently. I didn’t find that an easy book to read and remember the storyline. By contrast, I found Go set a watchman intriguing, easy to read and full of humour (it made me laugh) and wisdom. Strangely the theme of a fairly young adult woman returning to her childhood home from an urban environment is the background to this book as in Surfacing (above).

Out of Silence by Annie Try is the third published novel by this author. It is the second story featuring the psychologist, Dr Mike Lewis. I have bought all three books. I reviewed the others here and here. I spent Sunday afternoon and early evening reading Out of Silence from cover to cover as I didn’t want to put it down. Of all the books I have read this month, this was the one which affected my emotions the most. I found it impossible to remain detached from the characters. Tears streamed down my face at two points in the story. I prefer not to read the back cover or any reviews before I read a book, so that I do not have any preconceived ideas about it. If you want to find out more before you read it (and I recommend that you do read it!) the information is available elsewhere. Annie Try’s style is very readable. The book is set in London. I have been to some of the places mentioned in it and travelled on one of the bus routes!

Links to the books: Seaside Pleasures by Ann Lingard, Surfacing by Margaret Atwood, The Choir by Joanna Trollope, The Illustrated Herdwick Shepherd by James Rebanks,Go set a watchman by Harper Lee, Out of Silence by Annie Try

This post coincides with World Book Day UK and is the next in my regular series about books I have read.

In February 2017 I have read and enjoyed four books, three novels and one children’s book – dare I say classic? The novels were all well-written with keen observation of human nature and the dynamics of interpersonal relationships. (The children’s book had a lovely example of generosity.)

I bought a second hand copy of The Queen’s Fool by Philippa Gregory from the ongoing used book sale at the local parish church. Although this is not the first in the series of books about the Tudor court, I found it easy to read as a stand-alone story. It opens in the reign of Edward I and continues through to the end of the reign of Queen Mary. The storyteller is a fictitious character – the Queen’s Fool. This is a mass-market paperback and a real page-turner.

Following on from Winnie-the Pooh I read The House at Pooh Corner from the same volume. I did not possess a copy of this as a child, although I did read a library copy. The stories are less familiar to me than those in the first book, but equally delightful. 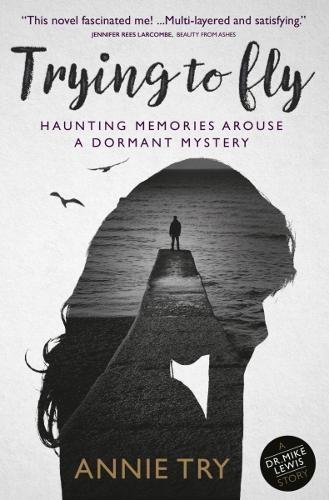 I bought a copy of Trying to Fly by Annie Try. I reviewed her earlier novel, Losing Face last year. Trying to Fly is well-written and easy to read. The story drew me in from the first page. It has a similar flavour to the Evie Adams books by Mel Menzies, but in this case it is not the therapist, who investigates the mystery. I read it in a single day at a time when it was not easy for me to get out – an important concept in the book. The strap line is Haunting Memories arouse a dormant mystery. The mystery is intriguing and the plot is well-constructed. I am looking forward to the next book from Annie Try, due to be published in September. 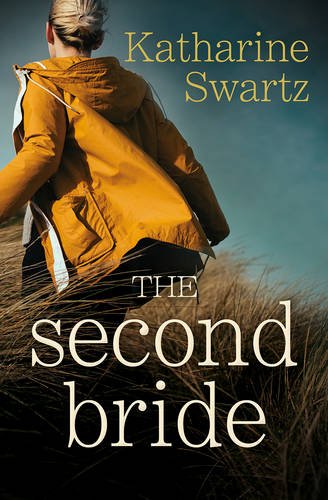 I also bought a copy of the third in the Tales from Goswell series by Katharine Swartz. Her earlier books The Vicar’s Wife and The Lost Garden are also mentioned on this blog, which incidentally now has 600 posts. The Second Bride is written in the same style as the two earlier books with chapters alternating between two parallel stories set in different centuries.  With rather small print and around 350 pages I finished reading it the day after I bought it! There are questions for book groups at the end. The Tales from Goswell series seems to be going from strength to strength. The stories in this latest book involve the tensions of blended families and have unexpected twists and turns.