I ordered Shadow Doctor The past awaits by Adrian Plass (the sequel to The Shadow Doctor which I reviewed here) before it was published in April, but did not read it until May, when I raced through it. However, while I was compiling this post, I realised that I had forgotten to review it. I have been a fan of Adrian Plass’ writing for a long time and have met him at a few writers’ weekends. An acquaintance commented on Facebook that she had gobbled this book up and needed to read it again slowly. The same was true of me. I reread it in a single day and found that I had forgotten most of it. This is because of the narrative style in this book. There is much conversation and digression among the action. This adds to the suspense and kept me turning the pages. The second reading led me to look up some poetry as background information. I enjoyed this book, which perhaps appeals more to older readers. (I have also read The Shadow Doctor twice for similar reasons.) A number of loose ends from the first book were woven into the sequel. I’d recommend reading these books in the order they were written.

I borrowed It started with a Tweet by Anna Bell from the library. For once I read the blurb on the cover first. However when I started to read the book I really thought I had made a mistake! However after the first few chapters, which formed the basis for the rest of the book, it became a much easier read. (I was out of my depth with text speak, pop culture and TV.) There is much wisdom in this book, which tells a good story with unpredictable twists in the plot. I am glad I persevered with it.

In July I read five books; I have written about them in a single post. I recommend each and every one of them!

The Shadow Doctor by Adrian Plass

I read The Shadow Doctor for the second time. The original review I wrote may be found here.

I ended that review with a comment that I would almost certainly read it again. I enjoyed it just as much the second time. I have a habit of reading stories too quickly and missing some of the details. If I had to describe the subject matter of this book using a single word, it would be Empathy.

The next book I read from cover to cover is a children’s picture book. I found it in a book sack in a military museum, which we visited as members of English Heritage. It was written to commemorate the start of the Great War, now known as WW1. Where the poppies now grow by Hilary Robinson and Michael Impey is a gentle story, which doesn’t downplay the results for individuals of going to war.

Ghost Hawk by Susan Cooper is also a children’s book. The label on the back suggested an age of 11+ if I remember correctly. I borrowed it from the library. Having enjoyed another book by Susan Cooper (reviewed here), I was looking out for more. Ghost Hawk is quite different from King of Shadows, being a tale of Native Americans and early settlers in North America. It could be classed as a coming of age story. I really enjoyed it. 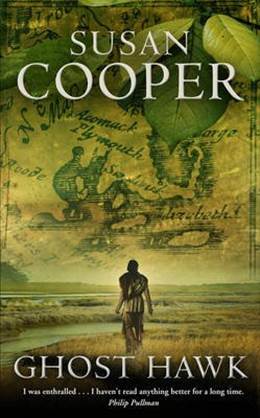 My Life in Houses by Margaret Forster is an autobiographical novel (another library book). I read a biographical book by this author previously.

As with that one, I recommended this to hubby, who also found it very interesting and agreed that the author seems to have been a genuinely nice person. She wrote quite openly about what it was like to live for years as a cancer patient.

The Reassembler by James May

This book was in my nearest library. It was produced to accompany a television series, which I had not seen. However the idea of reading about rebuilding a variety of complicated items appealed to me. I enjoy finding out how things work. The intended audience for this book was obviously male. I found it very easy reading. The print and the layout and the diagrams were all easy on the eye. There were lots of details about the correct words to describe various small parts. The diversions into the history of the inventions were interesting. Do you know, for instance, why electric guitars are the shapes that they are?

It was another book hubby also read before it was due back.

I read three books from cover to cover in July. I have begun reading a book of poetry and another book, which I hope to write about another time.

The Embalmer’s Book of Recipes by Ann Lingard

I borrowed this novel from the library. It is very unusual in the choice of female main characters – a taxidermist, an academic with an unusual DNA sequence and a farmer’s wife. The author has mastered the “show, don’t tell technique” recommended for writers. The time span of the novel is fairly long and the story is developed well, with interesting twists and turns with the focus changing from one character to another. The painful subject of the outbreak of foot and mouth disease in Cumbria is included in a knowledgeable and sensitive manner. There is also plenty about relationships. The inclusion of scientific and controversial topics in a novel reminded me of the books by Mari Howard, which I have reviewed previously. Highly recommended. 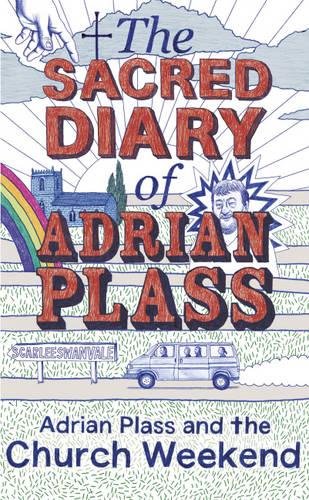 I read this book for the second time. The first time I reviewed it here. Re-reading it was a completely different experience, because I had visited Scargill House, a retreat centre on which the book is loosely based and met Adrian Plass and his real wife, Bridget. The Adrian Plass of the diary has a wife called Ann. The reason I reread it was that part of it had been read out at an entertainment at Scargill House. I realised that I had forgotten most of the amusing parts. Strangely some of the things, which made me laugh the first time didn’t seem as funny on a second reading – perhaps, because the element of surprise was missing (like hearing a joke, when you know what is coming next). It is good fun anyhow and not without wisdom.

Trains and Lovers: The heart’s journey by Alexander McCall Smith 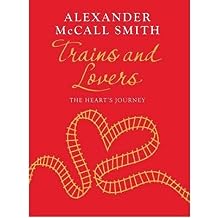 I borrowed this novel from the library. It is a beautifully produced hardback book, telling the story of conversation around a table on a train from Edinburgh to London. It is full of wisdom and understanding of human nature. There is also an insight into the world of art, life in Australia in earlier times and more besides. I found it hard to put down.