It seems a long time since I wrote about writing rather than books or craft. I haven’t been able to meet with any of my writing friends this year due first to my own illness in January and subsequently due to lockdown and then the inadvisability of travelling unnecessarily and meeting in groups.

Instead I have attended some events on Zoom organised by the Association of Christian Writers. I have enjoyed these, learned from them and been able to have short chats with other writers in ‘breakout rooms’. I have also enjoyed informal chats with other ACW members on Zoom. These were set up by a member, who asked for some adult conversation. We have had some fun. Occasionally one or more of the male members of ACW joins us, but often it is like a night out with the girls, but from the comfort of our own homes in geographically diverse places.

I have also co-ordinated the local group’s bimonthly meetings, which we began doing by email and have now added a Zoom session as well. It has been time-consuming, but worthwhile.

The irregularity of some of my blogging activity, especially on Sue’s Words and Pictures is the result of having other demands on my time and little opportunity to visit photogenic places. I am learning how to use the camera on a new mobile phone as I had to upgrade from an old Android version, when too many Apps stopped working.

As if a new phone were not enough of a challenge, WordPress is now trying to force everyone to use the new Block editor. After blogging for more than eight years, I am very familiar with the classic editor. I shall continue to use it as long as possible since it seems far more versatile. This week I prepared a blog post for future publication by creating it with the block editor (there didn’t seem to be any other way!) and then editing it by selecting classic editor from WP Admin. (WP Admin has been hard enough to find for some time, being at the bottom of a menu and requiring some scrolling to find it!)

Blogger has recently introduced a new system, causing confusion to many bloggers. (I use that for my More than Writers’ posts.)

If you blog are you finding all these changes annoying and time-consuming? Or do you like battling through new ways of doing things?

I read four more books in December. In fact I was too busy reading to post anything on this blog last week! I thoroughly enjoyed all these books.

The trouble with goats and sheep by Joanna Cannon

I was really looking in the library for the very popular new book by the same author – Three things about Elsie, but it was out on loan. The book I borrowed was a well-worn hardback. Although it is quite a thick book (over 450 pages), it caught my interest so that I had read it from cover to cover in five days. Most of the action is set in the very hot summer of 1976, but events of 1967 haunt the unusual story. I really enjoyed it and will continue to track down Three things about Elsie.

The Limpopo Academy of Private Detection by Alexander McCall Smith

This book was an American edition I picked up from a second hand book sale. It is a good read with interesting twists in the tale. I have reviewed other books by Alexander McCall Smith.

This is the second book which has been published this year by the Association of Christian Writers (ACW). The first one is a Lent book, which I am saving until spring. I began reading Merry Christmas Everyone at the beginning of Advent. The early items in it are relevant to the season. There is a wide variety of writing from many members of ACW. There are unusual retellings of parts of the Christmas story, poems, tales from other lands and more besides. This would make a good Christmas present for next year (if it isn’t too early to be considering your present list!). Both these books from ACW are available in Kindle and paperback editions.

News from Nowhere by Jane Austin

In 2018 New Writing North had a project with libraries for selected local authors to speak about their new books. News from Nowhere was one of the Read Regional books. I found it on the New Books shelf at the library as Read Regional had been superseded by a newer display. It is a work of fiction set in WW1. The first few chapters were so convincing that I had to keep reminding myself that it was fiction (especially after reading a WW1 biography earlier this month).

The reason that it is so authentic is that it is based on letters from the author’s family members serving in the trenches. Austin has woven a very satisfactory story around these and brings out the changes in society which resulted from the men being away and women taking on unfamiliar roles. I found it hard to put this book down. The story is mainly set in Wales, but the author lives in the north of England.

I bought the next two books in this series at the writers’ conference I wrote about earlier. I had met both the authors previously. Joyce Worsfold kept making remarks about her book, including a story about the reaction of a lady, who had read it. I was intrigued and bought the last remaining copy from the sales table. 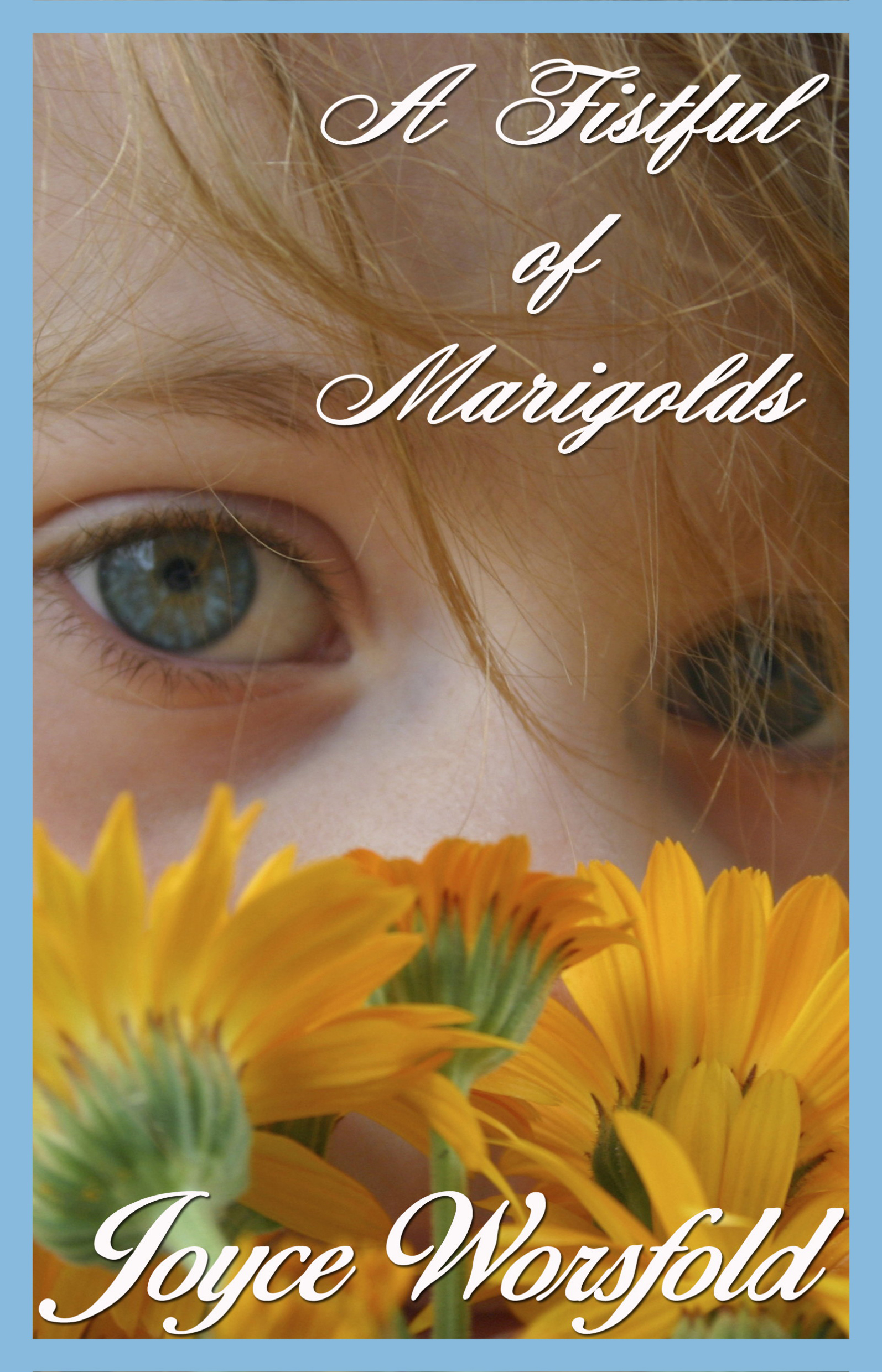 I really enjoyed A Fistful of Marigolds by Joyce Worsfold. It was not a typical book by a member of the Association of Christian Writers. The opening reminded me of books by Tom Sharpe, although I suspect the author would prefer it to be compared with a fictional version of Gervase Phinn’s books. There were many issues among the schoolchildren in the story, which had many twists and turns and a satisfactory conclusion. (Joyce commented that she wasn’t sure whether the flowers on the cover were marigolds. I wonder whether they are chrysanthemums, similar to the ones I had as my wedding flowers. They could be pot marigolds.)

Clearing the Loft by John Wakeman is a booklet of poems and prose. I really enjoyed it. The author had added notes about each of the poems he included. Reading other people’s collections of poems, however interesting, does not bring my own poetry project much nearer to publication!