Queen creative’s Prompt for the promptless this week appeals to me.

The Johari Window is a method of representing information (regarding feelings, experiences, motivations, intentions, attitudes, etc) – from 4 specific perspectives.  It is a technique to help you understand how you are perceived by others, and how you see yourself.  The perspectives are as follows:

1.      Open area: The things that you about yourself, that others also know about you.

2.      Blind area: The things you don’t know about yourself, but others know.

3.      Hidden area: The things you know about yourself that others do not know.

The four perspectives are not always equal.  Someone who regularly self-examines may have little to no content in window 4– “unknown”.  Someone who is secretive by nature may have a large window 3 – “hidden”. Creators of the Johari Window use 56 adjectives to guide the completion of these four perspectives.  Those can be found here, along with more information about how the window works: http://en.wikipedia.org/wiki/Johari_window

I have not heard of the Johari window before.

I am drawn to writing about numbers 3 and 4.

There are lots of things about me which I only share with trusted friends.  They are things from my past – the difficult things and some of my achievements.  That is all I am prepared to say regarding number 3!

O Lord, you have searched me and you know me.

There are many passages in the Bible which assure us that our Creator knows all our thoughts, motives, fears, loves, dreams, desires and He loves us in spite of everything.  He longs for us to receive all the gifts he offers us – forgiveness, redemption,  eternal life, love, joy, peace, longsuffering/patience, kindness, goodness, faithfulness, gentleness and self-control.  (Galations 5:22-23)

He wants us to become like Him.  This takes time.  In fact it takes a lifetime – and that is what each of us has.  We also have the choice.  We can choose life and prosperity or death and destruction.  Moses spoke of this in Deuteronomy 30:15-20

The main unknown cited in the Wikipedia entry is human potential.  God knows this and desires us to achieve it by living in a relationship with Him.

Does the idea that God knows your inmost thoughts worry or reassure you?

This week’s Prompt for the promptless is Shopping list.

It coincides with the publication of this post explaining the derivation of some words connected with shopping – or at least shops.

I can remember the time before supermarkets, when everyone queued (formed a line) in front of a counter and the shopkeeper scurried back and forth collecting all the items each customer required.  Self-service was not accepted with much enthusiasm by customers.  The work in a shop must have become less interesting overnight apart from managerial positions.  Sitting at a checkout or stacking shelves makes for less varied work than serving behind a counter where all the goods were stored.  Anyhow we can’t turn the clock back even if we’d like to.

The most interesting shopping list I have made recently was for a trip to the nearest city.  I have a number of craft projects which I could not complete without some extra materials.  I began a list.

I have three tapestries which I have finished working, but have not made into cushion covers.  I decided one of them would be better made into a picture to hang on the wall.  I have tried in the past to find a cushion pad to fit it without success – it is rectangular.  That is a job for my husband.

So I checked the sizes of the other two and wrote them down on my list with the intention of finding some fabric suitable for the backs of cushions.  I added zip fastenings of appropriate length to the list.  (I worked out a method of using these; previously I have just stitched the cover backs to the tapestry fronts.)

I also wrote “WOOL” on the list.  (It is only a few days since I sorted through my accumulated paper and decided that I no linger needed the list, so I am working from memory!)

Over the summer I knitted a cushion cover for my daughter-in-law, who had two cushion pads to cover.  I was looking for something to make the second cover as I had insufficient wool left over.

My husband was with me and, when we arrived at the craft shop, having discovered the fabric stall in the market was closed, he said, “I’ll wait outside.”

I said that it might take me a while and went in.  First I looked round the wool department, but nothing caught my eye.  Then I went upstairs and found some material, which looked suitable for cushion backs.  At that point my husband appeared.  He wandered right to the back of the shop while my material was being measured.  The previous customer had asked to pay downstairs as she wanted other items.  I inquired about zips and was told they were downstairs, so I did the same.

Hubby reappeared from the back of the shop, very impressed with the range of goods stocked and we went down together.

I found two zips of suitable lengths and colours for my cushion projects and had a conversation about stock-taking with the assistant who served me.  (It is very time-consuming in shops with many small items.)

I decided to have another look at the knitting yarn in the indoor market.  There was a good selection.  I bought two large balls of acrylic Aran weight yarn.  Each weighed 400g.  I intended to use the yarn double, so two balls meant that I did not have to spend time winding off yarn to make a second ball.  I was uncertain whether one ball would be enough.  It was a good decision.  I have knitted the cushion cover and weighed the remaining yarn.  Only 320g left! 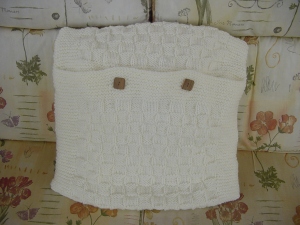 The city is about 40 miles away, so it is a day out rather than nipping back to the corner shop if we forget anything.

And the tapestry cushions?  They are still on my to-do list!

A noun that refers to a “slip of the tongue”.  Malapropisms and spoonerisms are two examples.

This is another inspiring prompt from Queen Creative.

It will result in a number of short pieces from me.  I have the ideas and the enthusiasm – watch this space!

Malapropisms were made famous by the playwright Sheridan, who created the character Mrs Malaprop.  Her name was chosen to indicate her habit of using inappropriate words.  Mal – bad and aprop from appropriate.

I was fortunate in many ways growing up on the outskirts of London.  School trips to the capital city were possible and my mother also tried to take us there during some of our half-term holidays.

One school trip I remember was to the Haymarket Theatre where The Rivals was being played.  I remember the theatre as well as, if not better than, the play.  The décor was richly old-fashioned with heavy red brocade fabrics and golden cords with tassels.

Our seats were in the gods and the slope of the tiered seats was very steep.  I was aware of a slight feeling of vertigo as I made my way to my seat looking down towards the stage.  The uninterrupted view made me feel very high up indeed.

The play was acted in full Georgian costume.  We had read through it in our English lessons before the trip, but I have not looked at it since.  I remember Mrs Malaprop, of course.  The other character who stuck in my mind was Lydia Languish, who was portrayed as a good-for-nothing lotus eater.  Again her name was chosen to show her nature.  If Sheridan knew someone like her, it is quite possible that she was suffering from depression.  A young lady with plenty of money and no real responsibilities in life would not have been immune from mental illness.  In those days it would not have been recognised as an illness, but rather as a failing in a person’s character.

But I digress.  The topic is about mistakes in speech.  So what did Mrs Malaprop famously say?

It is safest in matrimony to begin with a little aversion.

Pineapple instead of pinnacle, reprehend for comprehend, derangement of epitaphs for arrangement of epithets, allegory for alligator, which itself was misplaced to the Banks of the Nile.  Caparison instead of comparison.  (Caparisons are horses’ trappings according to the Concise Oxford Dictionary).  I acknowledge the Penguin Dictionary of Quotations, which provided many snippets for me to analyse.

R.B. Sheridan was using Mrs Malaprop to amuse his audience.  The Rivals were two gentlemen, but I remember nothing about them or the plot.  Perhaps my fascination with words was stronger than my memory of the story-line.  I try not to fall into the same traps as Mrs Malaprop in my use of language, but I do look out for malapropisms in what I hear and read.

Thanks again to Queen Creative for another great prompt for the promptless.  I shall also be writing about other school trips and literary discoveries, which I recalled due to this prompt.

Another CMMC January close up or Macro