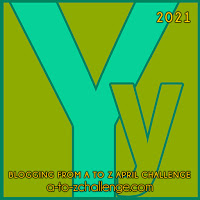 Youth appears in the Bible fewer than 100 times, varying with the translation searched. Youth may mean an age range towards the beginning of a person’s life or a young person (especially a young man.) Youth is used in the Bible in several places to set out a length of time – ‘from my youth until now’. It also continues into early adulthood. There are references to the wife of your youth Proverbs 5:18 and the children of one’s youth. Psalm 127:4

The word Young appears many more times, but describes animals as well as people.

Youth does not disqualify anyone from serving God Jeremiah 1:6-7 and 1 Timothy 4:12

The psalmist asks God not to remember the wrong-doings of his youth. Psalm 25:7

The Psalmist has been taught by God and trusted him from his youth. Psalm 71:5 and Psalm 71:17.

There is advice to the young Ecclesiastes 11-12

A young disciple, Timothy was living in Lystra, where his mother was a Jewish disciple. Paul heard about Timothy from believers in Lystra and Iconium (towns in Asia Minor) and wanted to take Timothy with him on his travels. Because Timothy’s father was Greek, Paul decided that Timothy should be circumcised. (Paul’s writings about circumcision do not seem to agree with this decision, which seemed to be to please the local Jews.)

Timothy travelled with Paul, Silas and other companions, who sometimes went ahead of or stayed behind Paul. Luke was sometimes in this group and gives some first-hand accounts in the book of the Acts of the Apostles about the events in places they visited.

After travelling with Paul and learning much from him and his companions, Timothy was sent to Macedonia with Erastus. Paul with his companions, caught up with Timothy after a riot in Ephesus, caused by people, whose livelihoods were threatened if Christianity were to replace the worship of Artemis. The companions were Sopater, Aristarchus, Secundus, Gaius, Tychicus and Trophimus – men from places Paul had visited in Macedonia and farther east. Luke’s party joined them at Troas, where a remarkable event occurred.

Paul was talking late into the night. He had a lot to say before his planned departure the following day. A young man named Eutychus was sitting in a window on the third storey. He couldn’t stay awake and fell to the ground. The fall killed him, but Paul went to him and threw his arms around him.

Paul went on talking until daylight. The young man went home alive and the people were greatly encouraged.

After his adventures with Paul, Timothy became a pastor in Ephesus. He received two letters from Paul encouraging him in his ministry. The first letter was sent from Philippi and the second from Rome three years later. Paul regarded him as a son and warned him not to allow people to disregard him on account of his youth.

The stories may be found in the Acts of the Apostles Acts 16-20
Paul and Timothy wrote to the Corinthians 2 Corinthians 1:1 and the Colossians
Paul’s letters to Timothy are 1 Timothy and 2 Timothy

Some of the information in this post was from The Amazing Collection for Women, Big Dream Ministries. 2005/2006

July CMMC Alphabet Letter K at the end of the word

Up and down Black Combe

Some views from a wildflower walk in Cumbria