D is for dodecagon –
The shape of a UK pound;
In times not long gone
Pound coins were round. 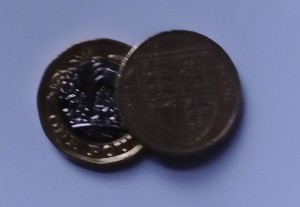 My first thought for a D-word was dodecahedron, which is a solid figure with twelve faces. The thought of describing all the faces and edges of one of those caused me to settle for the two-dimensional version! (But isn’t dodecahedron a lovely word?)

In case you aren’t aware polygons with five or more sides are named using prefixes from the names of numbers in Greek or Latin. (Some of the Latin names are derived from Greek.)

There are UK coins with other numbers of sides. Some are circular, but twenty pence and fifty pence coins have seven sides.

There is a story in the Bible about Jesus and a coin, which happens to begin with D!

2 thoughts on “D is for dodecagon #AtoZChallenge”